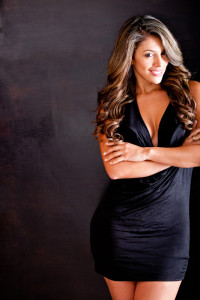 Thanks for signing up for the Doc Love Weekly Email – remember that you'll be getting 2 emails from us every week in addition to getting an email a day for 7 days once you sign up (if you reached this page it means you've already gotten your day 1 email).

Your bonuses are below!

Remember that you can check out THE SYSTEM here with immediate downloads of both THE SYSTEM E-BOOK and SYSTEM AUDIO BOOK (both the e-book and audio book are downloadable on demand after purchase).

BONUS 1 – SYSTEM Audio (from THE SYSTEM Audio Book – right click to save the below .mp3's to your hard drive – 4 free chapters out of the 176 available)

Hubris, it's a word that describes “The Kardashians.”  It means “arrogance caused by excessive pride.”

Who are “The Kardashians?” They have a reality show on E!

Of course Bruce plays mostly clueless.  Starting with the title of their reality show (“The Kardashians”- it’s not “The Jenners”).

Hey, he's only the husband and father.  His wife Kristen “Kris” Jenner is at the center of all decisions concerning the family business.

She's the daughter's business agent (they're famous for being famous) and she pokes her nose in their private lives constantly; it's the theme of their reality show.

The (4) guys in this (reality?) show are first, the aforementioned Bruce Jenner, husband of Kris and father of the (2) youngest daughters. He's at different times clueless, henpecked, tolerated or ignored, but laughing all the way to the bank.

Second is his step son Rob Kardashian.  He's lazy, clueless and a foil to his sister's smart ass ongoing comments about him in general.  He responds to them in kind.  He's nasty, crude and disrespectful, a great role model for young guys!  Geez.

The third guy is Scott Disick.  Ah yes, Scott.  He's the on again, off again boyfriend to the oldest Kardashian daughter, Kourtney (and the father of Mason Dash Disick, their son).  He's arrogant and sometimes gets into trouble when he drinks.  Scott seems to have business connections in Las Vegas and plays the resident moron on the show, he does his part well.

The fourth guy is Lamar Odom, a professional basketball player for the LA Lakers and married to Khole' Kardashian.  He met Khole' and married her after a brief relationship.  What are the odds of them being together in their “golden years?”

The main focus of the show is the (3) Kardashian daughters Kourtney, Khole' and Kim along with Bruce Jenner's 2 young daughters, Kendall and Kylie Jenner.

Khole' Kardashian is the tallest and next to her mother, the most in your face family member.  She is at times physical and does things guys would be arrested for (IE, slapping at people, threatening Scott, etc, etc.).  A real keeper!  I guess she's the enforcer.

The message that comes out of this dysfunctional and financially successful reality show is the men are largely props, window dressing and clueless most of the time.  The women?  Led by their role model(?) mother Kris Jenner (who by the way, just wrote a tell all book about her her life, the women are the center of the show (of course).

To make sure her book sells, Kris Jenner reveals that while married to her first husband, the late Robert Kardashian, she cheated on him!

She describes in detail how intense this affair was, right down to describing a lot of the places she and her horn dog boyfriend consummated their affair- nice.

What a great role model for her (2) young impressionable daughters.  How about disrespecting her deceased ex-husband?  He was the father of (4) of her children.

The whole families' moral compass is broken.  Why?  Because the fish rots from the top.  The mother and father, Kris and Bruce Jenner are the architects of this 40-50 million dollar dysfunctional family empire.

It's based on their lives; it includes deceit, lies, a hard core adult video, an illicit affair and culminates in the star of the show, the beautiful Kim Kardashian's 72 day marriage (apparently its over).  72 days!  Why so long?

We don't know much about Robert Kardashian, the deceased father of the first (4) children (at one time he was one of OJ Simpson's attorneys).  If he could see them now, he'd probably be turning over in his grave.

There's not an eye drop of shame in the whole clan and they're laughing all the way to the bank.  Hubris?  They're awash in it.

Note, we didn't mention Kim Kardashian's husband of 72 days, professional basketball player Kris Humphries, as one of the regular guys on the show.  Why?  Because their pool cleaner had more time in than he did.  Goodbye Kris, you either got played or paid, we'll see.

There's not a SYSTEM guy in sight guys, not one, in this reality(?) show.

Until next week, thanks for all your support.

Jeff and I appreciate it.